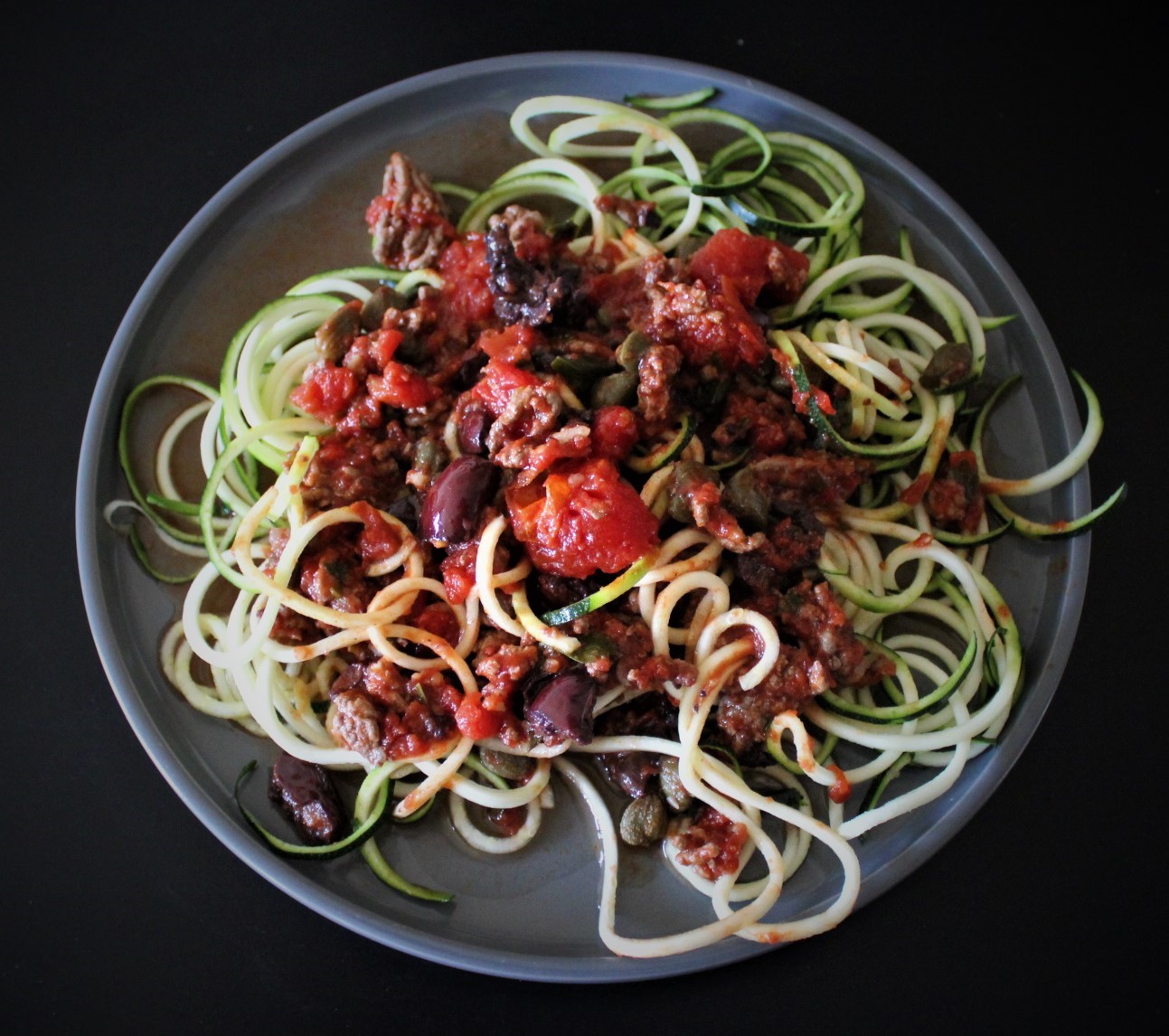 A few years ago, I remember going out for lunch with my sister and the youngest of my brothers, who at the time was probably about 10 or 11 years old. Sam has always been quite chatty and inquisitive by nature and LOVES to ask relatively random hypothetical questions. We might be folding laundry together and he decides he must know whether you would prefer to be blind or deaf. We could be packing our bags to head out for one of his soccer practices when he asks if I think it’d be better to know how to fly or to be invisible. Once he and I drove 6 hours in the car to pick up another brother from college, promptly turning around and driving back home within 5 minutes of arriving. On the car ride there especially (I don’t think Caleb was at a particularly patient point in his life to be bothered with all this on the way home) Sam and I contemplated who we thought Mom and Dad’s favorite child might be, whether it was possible to be a professional athlete in more than one sport and still have a girlfriend, where we would most like to live in the entire world, and many other pressing topics, our conversation only broken up by car dance parties to Aqua’s “Barbie Girl.” I have mentioned before, I actually don’t really like “would you rather questions,” or others that are seemingly nonsensical, out of context or those that require me to make an arbitrary decision. I think I become frustrated because I take it all too literally or try to assess the actual probability of any such choices ever being presented outside this irritating instance. I always ask more questions and want a lot of details about the parameters of such. And that day at lunch, Sam presented his question du jour: “Would one food would you die without?”

Kyle thought it over and relatively quickly said hers choice would be pizza. Sam offered up pasta and/or chicken as his top contenders. And I asked what the question even meant. I, in my unintentionally killjoy, Idea Assassin style, said there is no food that I would die without, because I could simply eat something else.   Sam, exasperated, insisted I knew what he meant and eventually we decided to rephrase the question as “what is your absolute favorite food.” That didn’t help me too much either and I insisted I could not decide on just one item and despite the fact I was clearly breaking the rules I went with a three-way tie between salmon, almonds, or avocados. The disgusted face that Sam made in response, told me clearly that not only had I not followed directions, but I also had not made a good decision in his opinion.

Fast forward to last week Saturday. I am now married to someone very much like Sam in this aspect and was presented with very similar scenario. Over breakfast, Jon asked if I could only choose “one source of fat for the rest of my life, what would it be?” Naturally, I followed my usual process: 1. I began by rolling my eyes. Then 2. I asked a question: how specific an item were we talking about – was I deciding between olives and olive oil or between avocados and almonds? We decided that it could be an item of the higher order which would be broken down into its many different permutations provided that I could theoretically do that myself. And so step 3. I exceeded the quota by selecting avocados, coconut, and cashews all of which I absolutely love and are extremely versatile ingredients. Proteins or carbohydrate sources may not have been this challenging, but I LOVE fats (as evidenced even by my answer to Sam’s question five years ago). Jon of course said no, just one, and I reluctantly decided it had to be coconut (but in every form possible: raw, flaked, desiccated, oil, milk, butter, yogurt, flour, etc.) .

But the good news is that this question is indeed silly and I don’t have to choose just one fat source forever. Which means I will continue my almond butter addiction, my avocado-a-day mantra, and super savory dishes like this Paleo and Whole30 Spaghetti Puttanesca!   Kalamata olives are high ranking in my list of fabulous fats and I love them paired with another Mediterranean flavor-filled ingredient – capers! This dish is true to the original in that it is packed with all the pungent aromas and taste, but doesn’t need any traditional pasta to make it delicious. I also added ground beef in mine to give an extra oomph and make the dish as satiating as it is satisfying. An easy weeknight dinner or lunch option which requires sufficiently low abstract and hypothetical thinking. 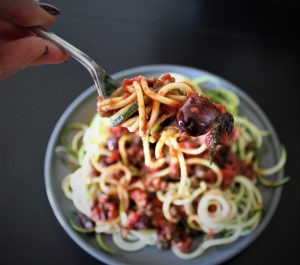 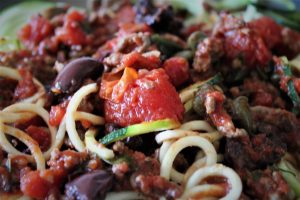 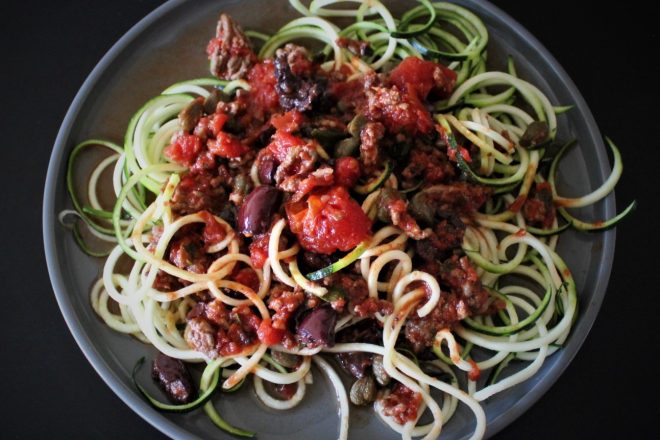 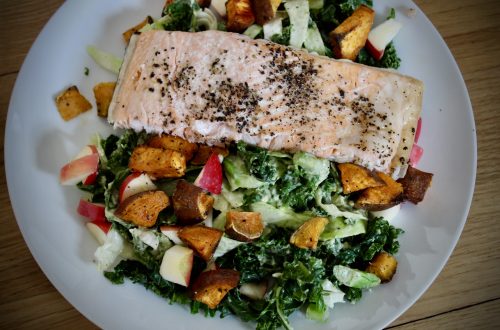 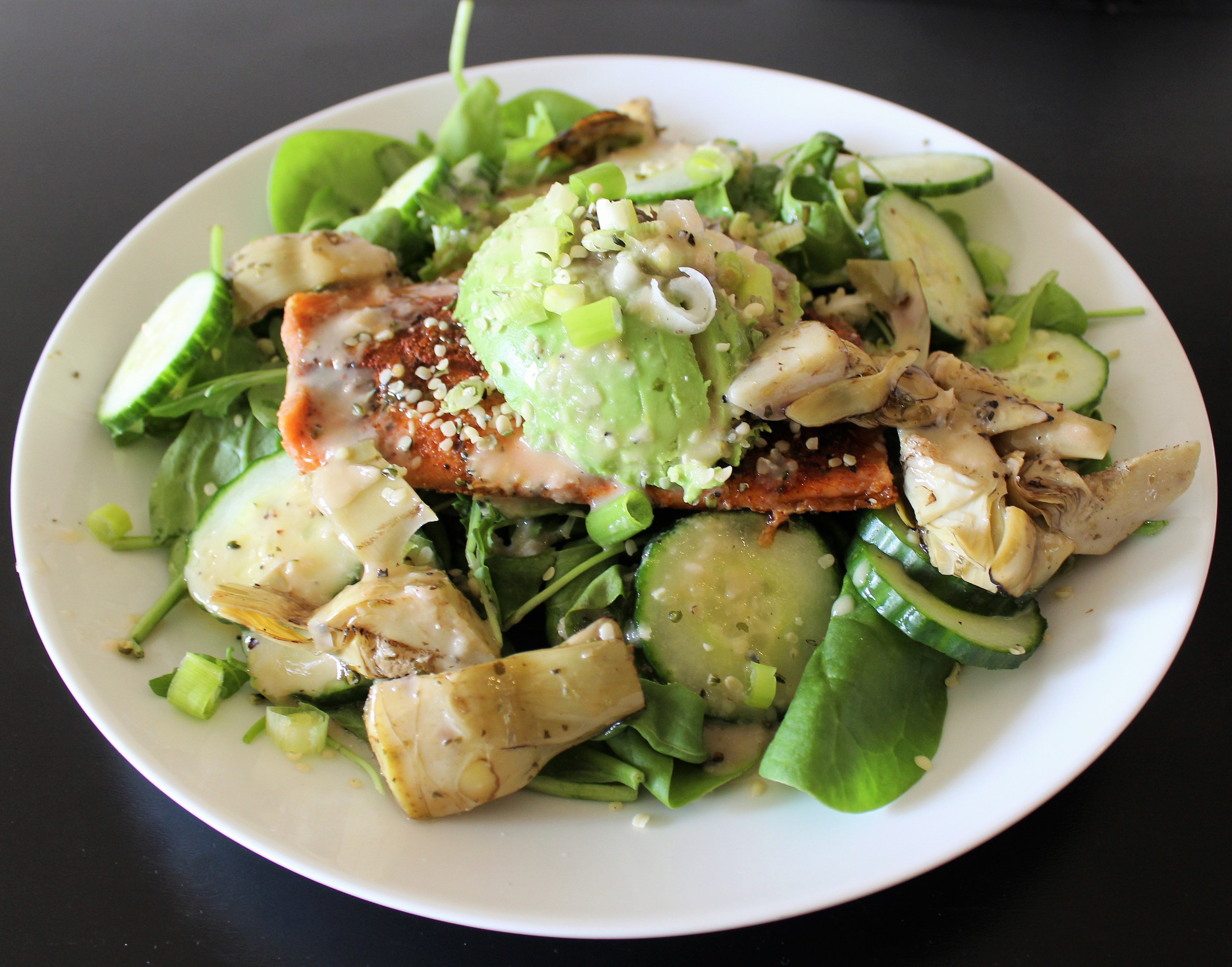 Adventures in Brainstorming and the “A Team Salad” 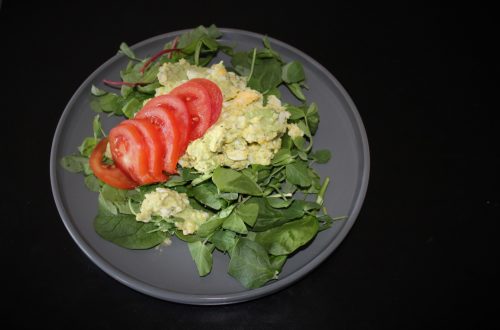