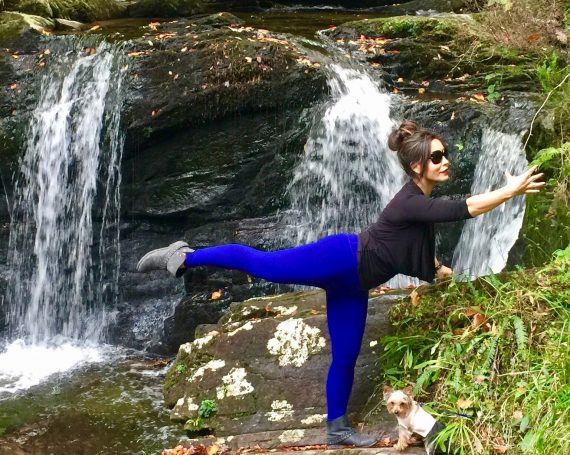 When I was in Milan last weekend, I had the opportunity to see Michaelango’s final work of art, a marble sculpture – the Rondanini Pietà. He had originally intended for it be incorporated into his own tomb and had worked on a few versions of it in various stages, dissatisfied with his progress and the direction it was taking more than once. It is not known as one of his most famous pieces of work, nor the most beautiful, but I was especially intrigued by it when I heard that he had been found working furiously on it into the late hours of the night with a candle strapped around his head only two days prior to his death. It seems as though he knew that his remaining time was short and was driven by intense passion to finish the piece. Interestingly, this almost complete disregard for basic needs such food, water, sleep, etc. is a striking pattern among the most masterful artists and many other world class performers across a variety of activities and fields. And it prompted me to consider the concept of flow, or optimal experience, in which one can become so completely immersed and absorbed in an activity that all sense of time and space is lost. 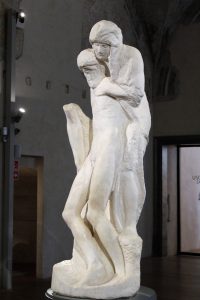 I mentioned that last month I read Geoff Colvin’s Talent is Overrated, which argues that exceptional performance in virtually every field or activity is not due to an inherent gifting or even just cumulative experience and hard work, but rather what he refers to as deliberate practice. He makes a compelling case and throughout the book outlines the various elements of this deliberate practice including the fact that it entails grueling work, which begs the question, “if it’s all about the punishing demands of deliberate practice, the continual, painful pushing beyond what’s comfortable, for hours a day and years on end, then why does anyone do it?” And one potential answer can be found in the study of flow.

According to famous positive psychologist, Mihaly Csikszentmihaly “flow” refers to a mental state in which a person is so totally involved in a task that time slows down, energy, enjoyment, and focus are heightened, and the task, although immensely challenging, seems almost effortless in some ways. His research shows that those who experience flow describe it as “a state of… concentration so deep that they lose their sense of time, of themselves, [and] of their problems.” They often report intense feelings of joy and euphoria, so much so that Csikszentmihaly refers to it as an “optimal experience,” and they view the activity as intrinsically rewarding and highly gratifying. For me – this is absolutely my experience with barre.

Csikszentmihaly’s work outlined the prerequisites or conditions for achievement of a flow state as being engaged in an activity with:
1. A clearly defined structure and set of goals;
2. Some form of immediate feedback to allow one to adjust performance accordingly; and which
3. Strikes a balance between “the perceived challenges of the task at hand and one’s own perceived skills.”

Effectively, flow is experienced when the challenges and demands of the task are high and we have confidence in our own abilities and skills – it is “when a person’s body or mind is stretched to its limits in a voluntary effort to accomplish something that is difficult or worthwhile.” It’s living in the atmosphere of growth, where things never get easier, but you continue to get better. The “high”‘ is achieved when the challenge just matches the your skills and as you master the task, you must seek greater challenges and match them with higher level skills in order to keep experiencing flow. Barre is for anyone and everyone – regardless of your starting point, you can find modifications that allow you to work as hard as possible for where you are. And as we say quite often in the studio, although you continue to improve dramatically over time, you can always find new challenges and ways to work harder at the barre. You can (as I have for almost four year now!) keep experiencing flow – aka that “barre high.”

And one of the more enduring effects of flow, is that it makes an activity intrinsically rewarding in and of itself. Much research has shown that intrinsic motivation, which leads to particular actions or behavior driven by internal rewards and satisfaction as opposed to external ones, is highly correlated with achievement and drive to persist in difficult situations and over the long term. Starting out, many people are motivated to exercise, diet or eat more nutritiously in order to lose weight, receive compliments or approval, or fit into a smaller size; none of which are bad goals in and of themselves. In fact these types of thoughts can help one get started on the right path, but the issue is that extrinsic motivation typically wanes over time. However, when we find enjoyment in the task itself or the sense of satisfaction that we get from working on it, we are more likely to have lasting commitment and success. When it comes to healthy habits, we can build self-efficacy and belief in our capabilities one step at a time with small wins and consistent practice. Continuously finding ways to increase both our skill level and the demands over time may help us reach flow and our ultimate goals.

The What, the Why, and the How of That “Barre Shake” 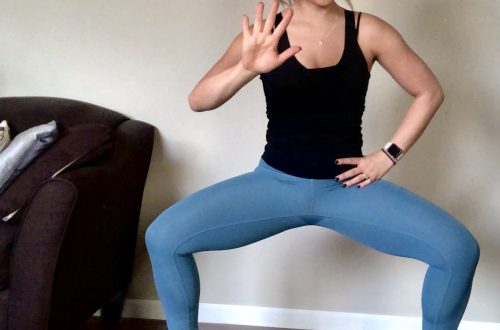 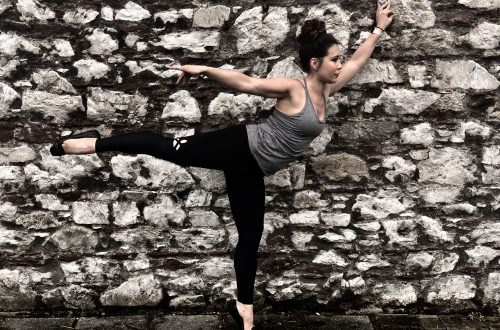 Barre Better: Breaking Up with Bad Habits at the Barre