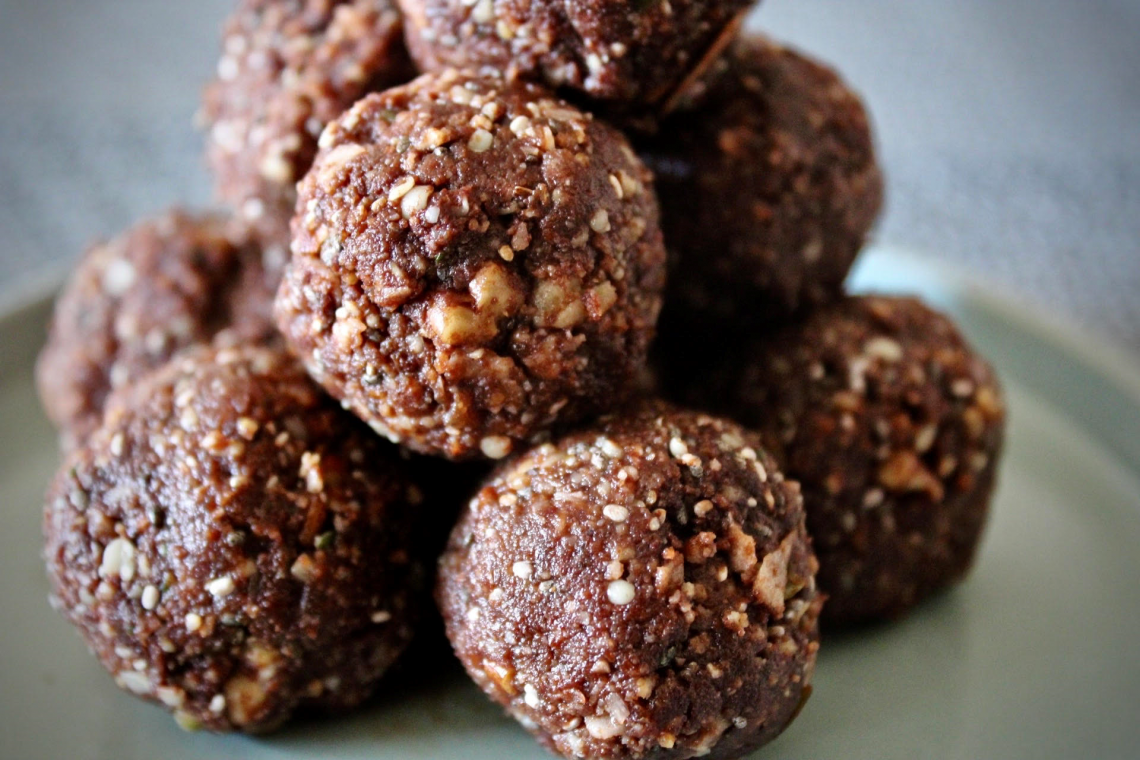 Have you ever stopped to really consider the tremendous impact that those around you have upon your experience of any given situation? Most people have noticed that the jokes in their favorite sitcom are much funnier when accompanied by a fellow couch-mate than when on one’s own, and the breathtaking sunset is even more spectacular when we are with someone else to share in awe with us. Similarly, when your Debbie Downer colleague walks into the office grumbling about Monday again, the week ahead may not seem as unsurmountable to you as it does to her, but certainly doesn’t lift your spirits. When we are around those who are sad, we tend to empathize with them or feel a bit more melancholy at least. To a very large extent we are aware of the emotion of others while in conversation with them, but we are often less conscious of the impact that they may be having upon us. Psychologists have termed this general phenomenon as emotional contagion and it refers to the extent to which the mood of others around us can influence our own disposition and emotional state. Although we would all like to think that we stopped succumbing to peer pressure after our teenage years were over and that we are much too composed and stable to fall prey to such an “obvious” effect, as it turns out, emotions, like the common cold, are highly contagious. Therefore it would behoove us to become more aware of ways that we are potentially being influenced by our peers and community as well as the influence that we ourselves can make upon our surroundings.

Foremost expert on the topic, Dr. Sigal G. Barsade of the Wharton School, has studied the transfer of moods among people in a group (that is emotional contagion) and the impact that it can make upon both the group as a whole and the individuals which comprise it, in terms of mood, attitudes, and actions. By implanting either negative or positive research confederates into group settings, Barsade consistently observed the spreading of that mood amongst other constituents which in turn impacted the levels of cooperation vs. conflict and overall performance. This and other research has repeatedly demonstrated, that although it is often difficult to discern directly, we have an innate tendency to mimic and even “synchronize our facial expressions, vocalizations, postures, and behaviors with those around us, and as a result take on their emotional landscape.” As Sherrie Bourg Carter wrote for Psychology Today, we are predisposed “to unconsciously and automatically mimic the emotional expressions of others, and in many cases actually feel the same feelings simply by exposure to emotions in social interactions.” Thus furthering the case for acting the way that we want to feel.

Although when you compare emotional contagion to catching a cold, it’s hard to imagine it ever being a good thing, but it certainly can be. I can think of a few people who seem to be endlessly effervescent, those who are consistently vivacious, enthusiastic and able to find ways to look on the bright side. And they are in a word, infectious. It is really hard for me to stay in a grouchy or despondent mood around them regardless of what is going on in my own life. As Bourg Carter says, when “you hang out with happy people, you tend to feel happier, have more energy, and feel less stressed.” This effect has been demonstrated across a variety of settings and relationships – our moods can actually be positively (or negatively) influenced by groups, individuals, teams, and even through indirect connections like those people that we follow on Instagram stories. To better modulate the effects of emotional contagion, Bourg Carter suggests it would benefit us tremendously to become “more aware of our natural instinct to mimic the emotional states of others so that we can use it to or advantage when we can and reduce its impact on our well being when we need to.” For me this has profound implications of course for the people that I allow to “infect” my life as well as being more aware of and conscientious about the vibe that I contribute to my own relationships and circumstances.

And as I considered all of this, I gained a deeper understanding of and appreciation for a quotation from St. Therese of Lisieux (introduced to me by Gretchen Rubin) who wrote about her small, yet consistent efforts to practice holiness as opposed to big sweeping gestures. She said “for the love of God and my Sisters (so charitable toward me) I take care to appear happy and especially to be so.” In light of the powerful nature of emotional contagion, I understand that for the love of those around me, trying to maintain positivity is a worthy and important cause.

And something which seems to have a seemingly silly and disproportionate effect on my ability to do this is staying healthy and well-nourished while avoiding #hANGER at all costs. The most effective way I have found to do this is to choose nutritious and satiating foods for my meals and keep a few equally healthy snack options at the ready for those times in between. Like these Chocolate Coconut Energy Bites.   They are made of simple ingredients which pack a big punch in terms of satisfaction and satiation. Paleo, Vegan, Whole30, dairy-free, sugar-free, gluten-free and oh-so-yummy! 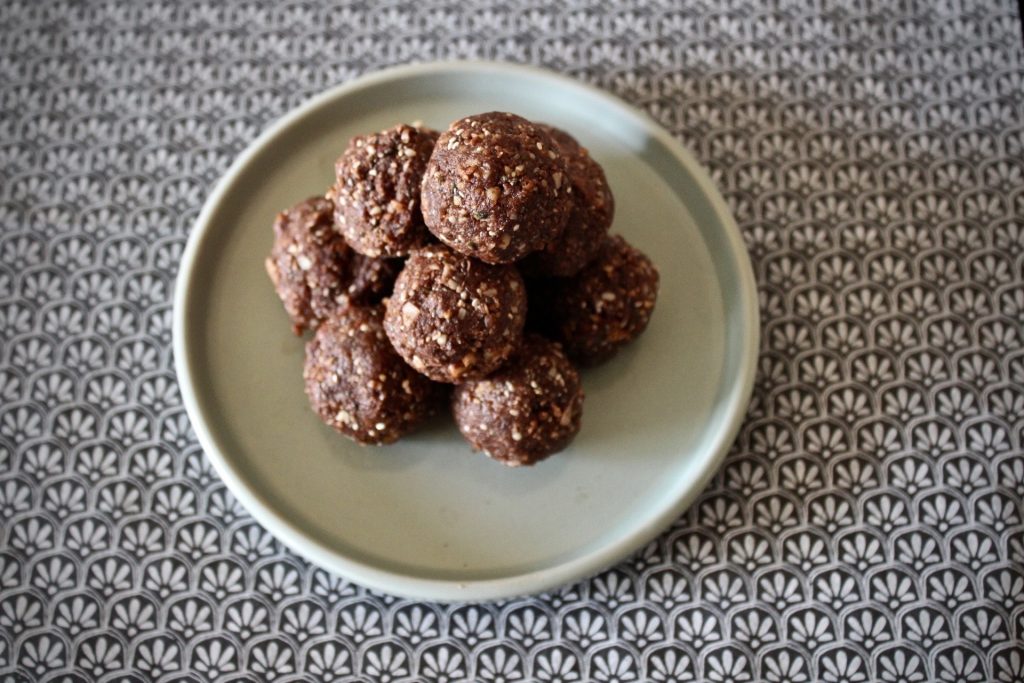 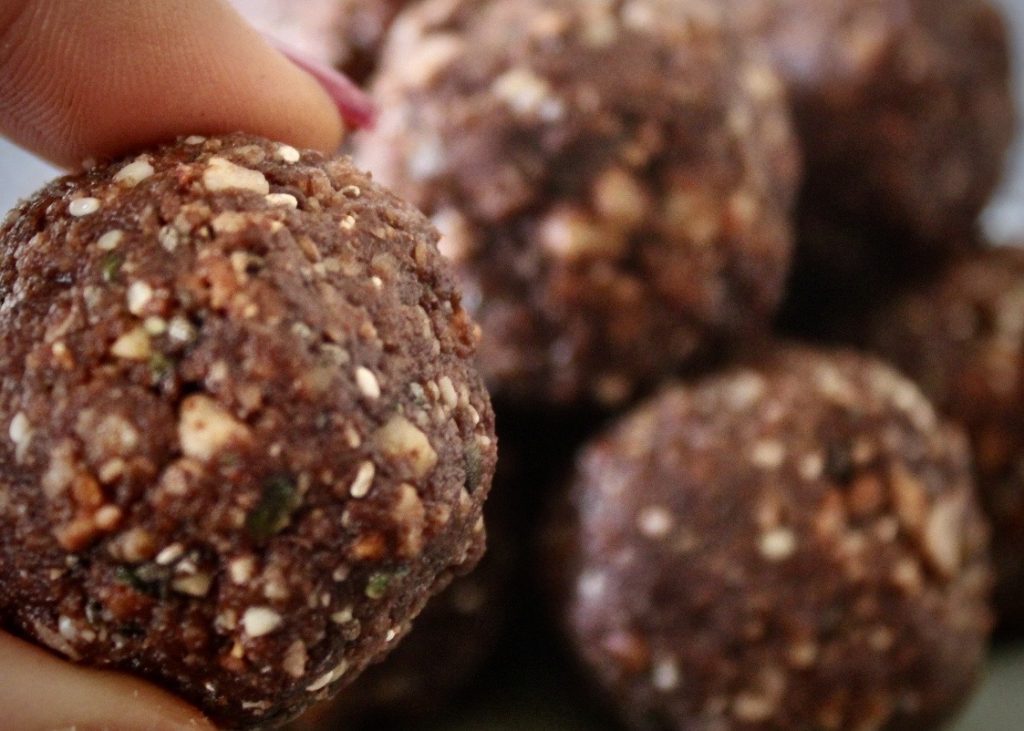 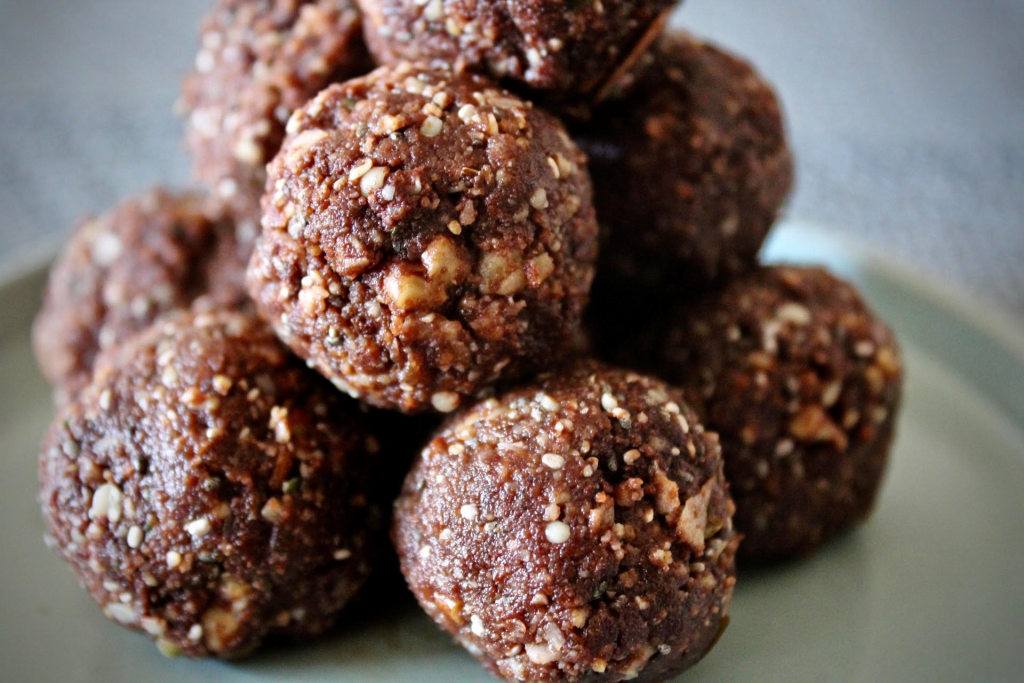 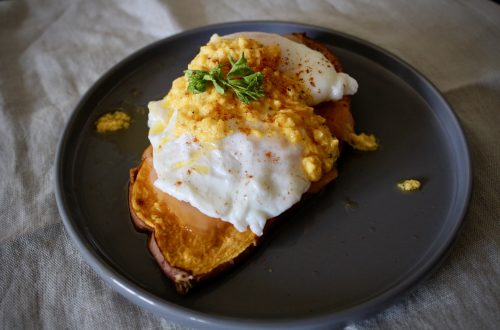 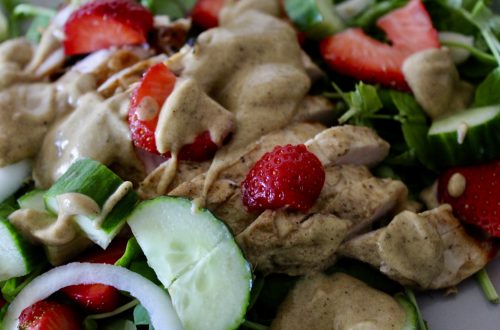 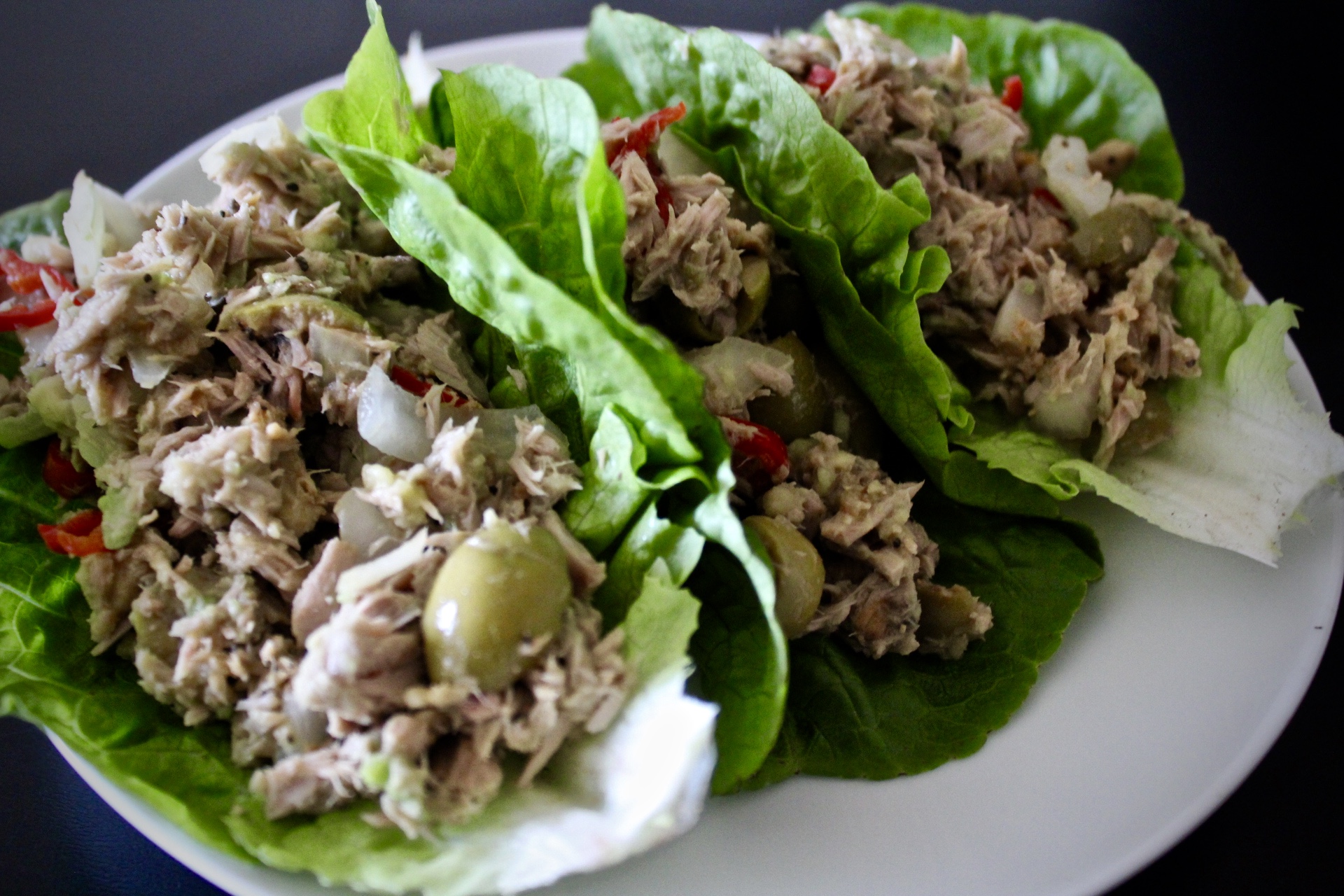 A Fresh Perspective and a Whole30 Tuna Avocado Salad