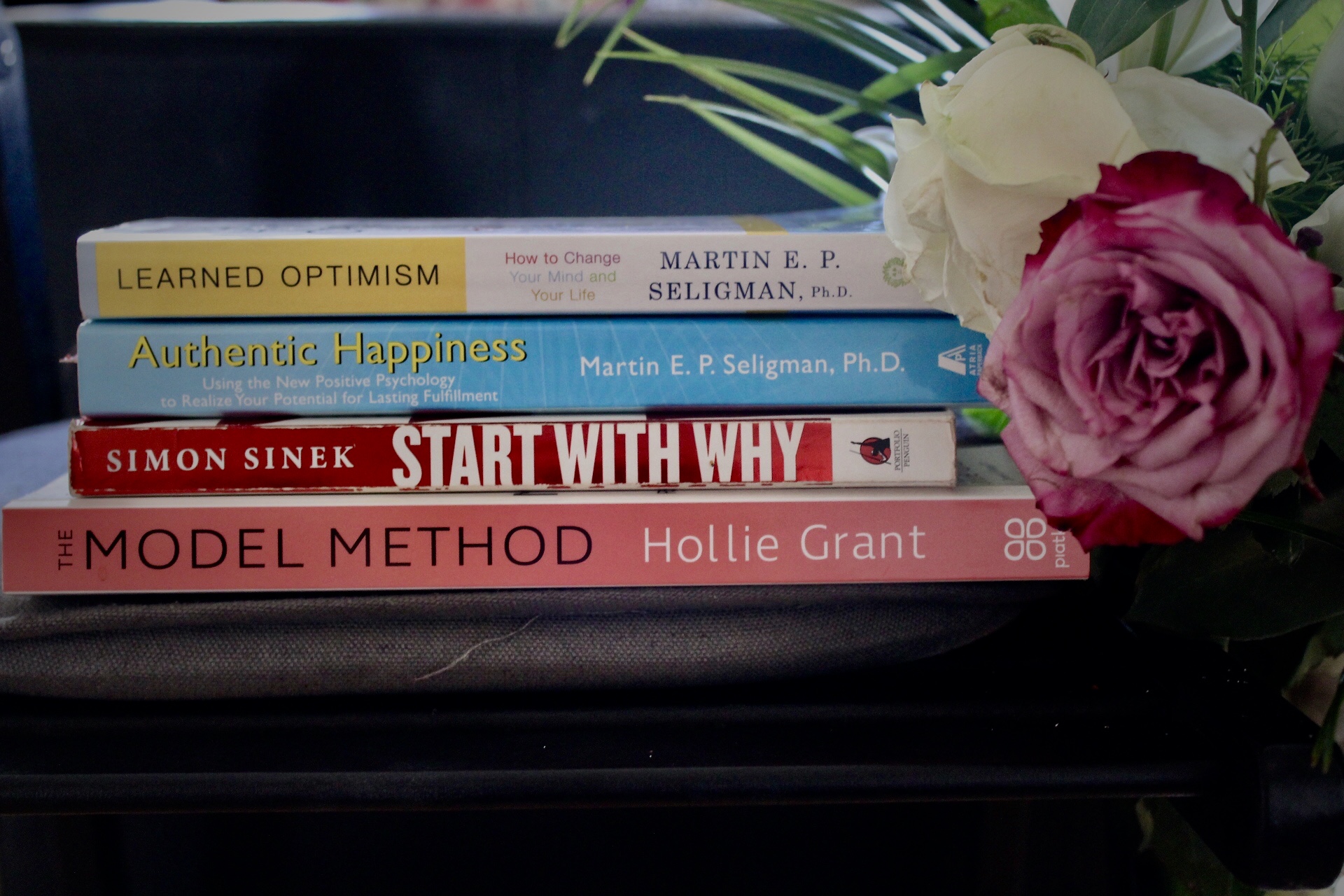 When Jon and I first started dating, a major issue and area of frustration for him was my inability to prioritize. He is exceptional not only at taking a step back, looking at the big picture, and determining what really matters, but also at knowing his own limitations and resources. I find that I struggle a bit on all these points, but the biggest issue for me is actually ACCEPTING that I have limitations and can’t actually do everything all at the same time. But I have gotten immeasurably better over the past year especially. By investing time in knowing myself better, making lists of 100 dreams, remembering what I liked to do when I was 10 years old and other Happiness Project efforts, I have a much better understanding of what is important to me and what will make a difference. Some of these things I have known for awhile now (I knew from Day One, barre was a non-negotiable!), but others I had forgotten or allowed to be pushed aside as I rushed from one thing to the next. And one of such activities was reading! I have loved reading pretty much since the moment I learned how to read, but while in college and then starting out in business it became a “nice-to-do” as opposed to a big priority.

Thankfully, that has changed for the better! I know that a love of learning is one of my key strengths and one of my favorite ways to manifest this is through reading. Over the past year, I have decided that setting aside time to curl up on the couch (usually flanked by puppies) is an excellent use of my time. Also I have become much more strategic by trying to always have a book on hand with me, everywhere I go in case an unexpected pocket of time should present itself. And the more I read, the more I want to read.

February was a short month which flew by quickly, leaving me longing for more time spent as a bookworm, but I did have the chance to read a few good ones! Here is what I read last month:

Dr. Seligman, the former president of the American Psychology Association and founding father of positive psychology, began his career in the field by studying learned helplessness and depression. He found that learned helplessness, which he defines as “the giving-up reaction, the quitting response that follows from the belief that whatever you do doesn’t matter,” was a key contributor to the rising epidemic of depression around the world. And he argues that at the heart of this helplessness is our tendency towards pessimism vs optimism and the explanatory style that we employ as we face both positive and negative events (which I described in greater detail here). In Learned Optimism, Seligman discusses the well-substantiated techniques and success of cognitive therapy, which “works because it changes explanatory style from pessimistic to optimistic, and the change is permanent. It gives you a set of cognitive skills for talking to yourself when you fail… [which can be used] to stop depression from taking hold when failure strikes… [it works because] it gives the self a set of techniques for changing itself.” As I wrote about previously, there are apparently a litany of benefits associated with optimism and Seligman outlines specific steps as to how one can build this skill. This book was a gift, so I wasn’t entirely sure about it starting out. Admittedly, I am always a bit apprehensive about whether or not I actually want to become more optimistic. Although I believe and see the advantages of such a disposition, I really think I would most often prefer to be balanced in terms of realism and the two opposing ends. Fortunately, Seligman reads the minds of skeptics and cynics alike by making recommendations which allow for “flexible optimism [as opposed to] an absolute, unconditional optimism for you to apply blindly in all situations…[and the techniques he suggests] aim to increase your control over the way you think about adversity [so] you no longer need to live under the tyranny of pessimism…[but that don’t] require you to become a slave to blind optimism.” Convinced of the value in learning to become more optimistic, my next challenge has proved to be – being optimistic about my ability to become more optimistic! Needless to say, there is much work left to be done here 🙂

After finishing one of his earliest books, Learned Optimism, I moved onto one of his best-selling – Martin Seligman’s Authentic Happiness. Which.I.LOVED. In this book, Dr. Seligman writes about his discontent with psychology’s fixation on mental illness, saying that “even if we could somehow find a way to cure all psychological problems… that would not automatically lead to the mental health we all want… people want more than just correct their weaknesses. They want lives imbued with meaning , and not just to fidget until they die.” Thus the field of positive psychology was born in order to “understand positive emotion, build strength and virtue, and provide guideposts for finding what Aristotle called the ‘good life’.” And one the first endeavors of this discipline was to create a “classification of the sanities (virtues, character strengths) as the backbone” similar to the way that the DSM-V classifies various mental disorders. To do this, Seligman employed a team of psychologists to determine universal, or at least ubiquitous, strengths and virtues valued in almost every culture. He acknowledges that “in this age of postmodernism and ethical relativism, it has become commonplace to assume that virtues are merely a matter of social convention, peculiar to the time and place of the beholder. [However after reading] some two hundred virtue catalogues in all [ranging from] Aristotle and Plato, Aquinas to Augustine, the Old Testament and the Talmud, Confucius, Buddha, Lao-Tze, Bushido, the Koran, Benjamin Franklin and the Upanishads…almost every single one of these traditions flung across three thousand years and the entire face of the earth endorsed six virtues.” It was like reading C.S. Lewis’s Mere Christianity all over again. As Seligman says, although the details and ways in which each are manifested differ, “the commonality is real and…pretty remarkable. This unpacks the meaning of the claim that human beings are moral animals.” The six virtues they identified were 1. wisdom and knowledge, 2. courage, 3. love and humanity, 4. justice, 5. temperance, and 6. spirituality and transcendence. From there, Seligman identifies the 24 measurable “routes – the strengths of character – by which we achieve the virtues” and outlines ways that we can better leverage our own strengths to build a better and more meaningful life.

If you want to find out your own strengths you can take the VIA Strengths Survey at www.authentichappiness.org – I did and my top 5 were: Industry, diligence, and perseverance, Judgment, critical thinking and open-mindedness, Gratitude, Zest, enthusiasm, and energy, and Love of learning.

A friend, who has a similar perspective on health and wellness, recently lent me this book after reading and loving it herself. Hollie Grant is the founder of the PilatesPT studio in London and the Model Method online workouts and I appreciated her balanced approach and emphasis on actual health versus physical appearances or quick fixes. The book’s objective, and her mission over the past several years has been “trying to spread the message that learning to love exercise, and to love the food you eat, is the key to lifelong wellness.” In her book, she provides insight into what exercise and food does to our bodies and insists working out should not be something we dread or view as punishment, nor should we be overly restrictive in the types of foods that we eat. The book is a bit light on the research side in terms of the nutritional information and recommendations (which to her credit, she does make clear at the onset) and like most nutritionists, she endorses a “moderator” approach which is very helpful for some, however I personally am an “abstainer.” I am of the belief that neither is right or wrong, but it is important to know which you are if you want to make lasting changes for the better in any area.   I do however, wholeheartedly agree with her admonition – “moving a little, every day, is one of the best feelings, so let’s make sure exercise is a positive addition to your life! Enjoy it, savor it, and use it as an opportunity to be mindful of your body’s capabilities.” The book includes background information related to her recommendations as well as recipes, Pilates/strength exercises and HIIT/sweat workout options.

Start With Why
Simon Sinek

This was a book recommended to me by a few of you! It’s been awhile since I have read a business or leadership book to be honest since that was about all I read outside of textbooks and case studies during my MBA and early career, but this was a nice change of pace for me in terms of what I have been studying. Simon Sinek, a TED talk phenomenon and author, explores a variety of highly successful leaders, both individuals and top performing businesses and companies, to identify specific qualities which lead to their differentiated results. He argues that “any person or organization can explain what they do; some can explain how they are different or better; but very few can articulate why. WHY is not about money or profit- those are results. WHY is the thing that inspires us and inspires those around us. ” Throughout the book he explores a variety of great leaders to determine how they influence human behavior through inspiration as opposed to manipulation. He argues there is a clear difference between leaders and those who lead. Although one can become a leader just be virtue of his or her position or sphere of influence, one can only lead with a clear vision and a why which can be communicated. They don’t “start with what needs to be done… [but] with WHY we need to do things… [and they] inspire action.” 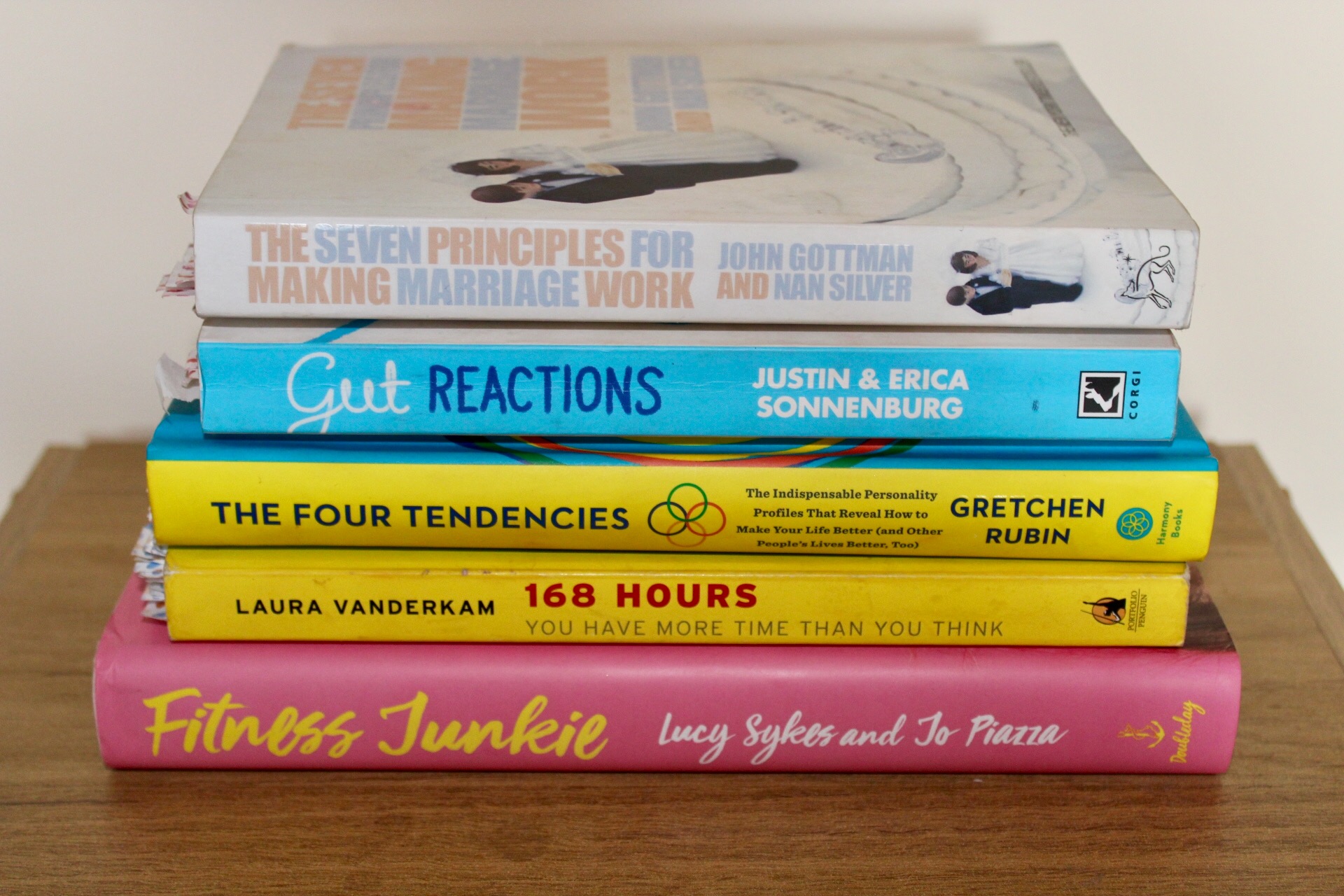 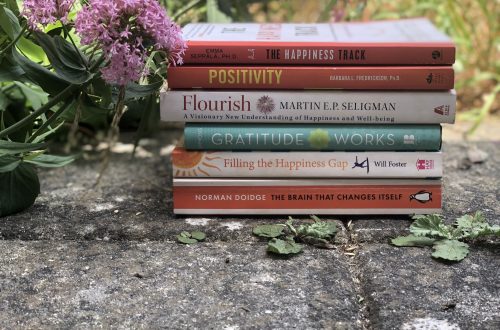 What I Read Last Month :: June

What I Read Last Month :: December