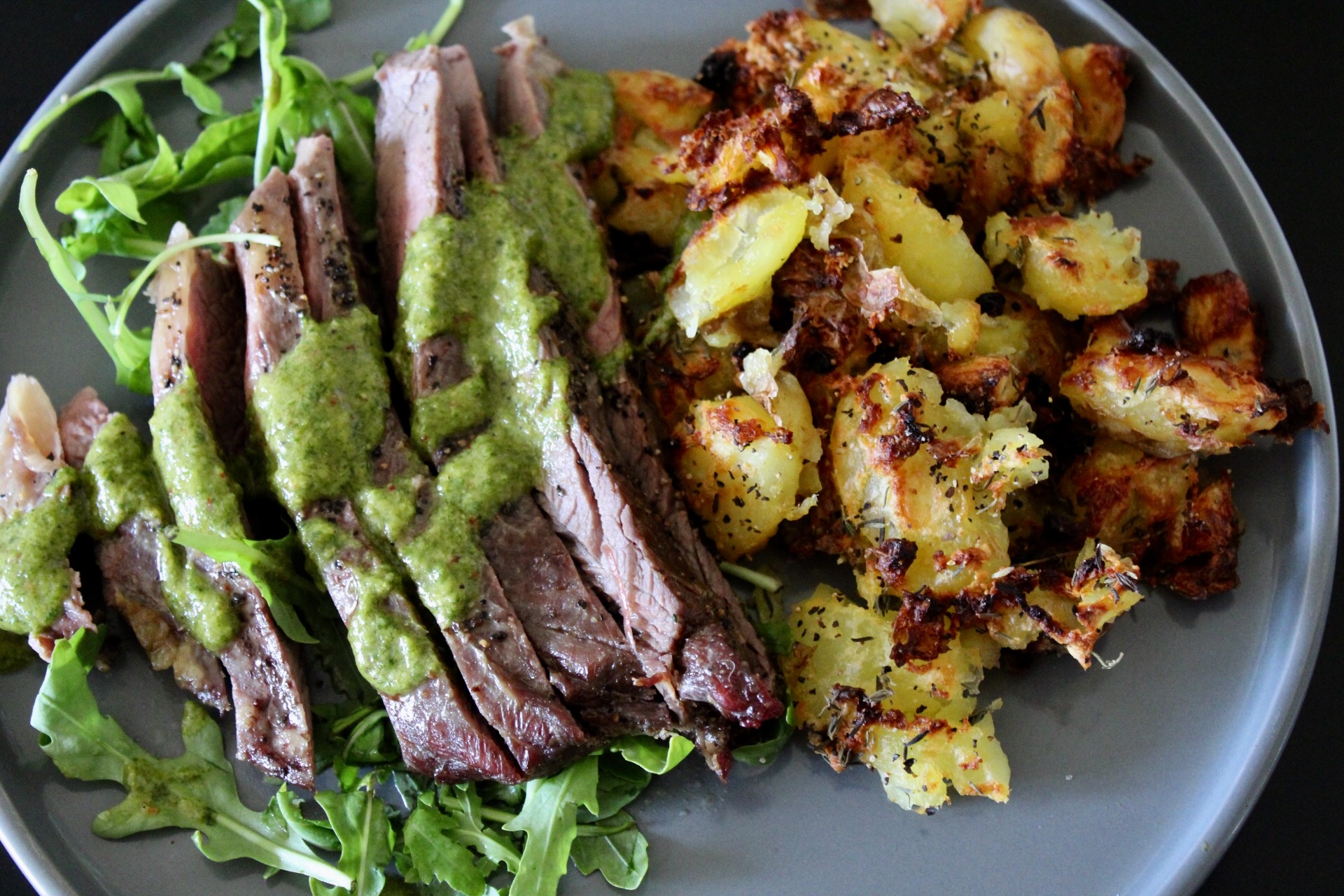 If you have read more than one or two of my previous posts, you may have noticed that I am probably one of Gretchen Rubin’s biggest fangirls. One important thing that I have learned from her work is the importance of having a clear manifesto or guiding principles which help to direct your actions and decisions. In The Happiness Project, she wrote about her twelve “Personal Commandments” which are essentially her own core values acting as a mission statement for the way that she lives her life. Everyone’s would naturally be different, based upon their own experiences, beliefs, and objectives, however she did outline one which seemed to transcend most others – that was to “Be Gretchen.” I was so profoundly provoked. And since then, I have been wondering what it means to “Be Miranda.”

Have you ever stopped to consider what it means to be YOU? It can be very hard to know what you are really like or what you believe or enjoy versus what you wish you were or think you should be, think, feel, or like. It’s a close relative of the perpetual and interminable question of nature versus nurture. How much of what we are is influenced by the way that we grew up, the people and experiences we have had exposure to, societal norms, the zeitgeists of our time, or popular opinion. Although sometimes we know immediately that we may or may not like something, we may not be able to explain exactly why; and sometimes we don’t really know if we like something or not, and still other times we don’t know what we like.

Previously I wrote about the merits of knowing ourselves better and one of my favorite self-understanding questions to date: “what did you like to do when you were 10 years old?”   But there are many more which are just as interesting and effective. One I recently encountered was proposed by career expert and founder of SixFigureStart, Caroline Ceniza-Levine, who helps students and young professionals determine their ideal career paths based upon their core competencies and interests. She recommends an exercise entitled “List of 100 Dreams,” which entails exactly that – making a list of 100 things you would like to do within your lifetime. The list can include absolutely anything no matter how small and inane or big and improbable: transcendent, aspirational goals, places you’d like to travel, books you’d like read, something you’d like own or eat, career, hobby, or financial goals, etc. It can even include things you have already done, like graduate from college, get married, buy a house, watch the entire Sex and the City series, etc. Although it is a very open-ended question which leaves a lot of freedom for creativity, this took me about 4 days to complete.   It was hard to brainstorm that many ideas without being my typical “Idea Assassin” self who immediately wants to censor myself to include only semi-realistic ambitions.

Once I made my list, I organized it into general categories: Relationships, Career, Health, Home, etc. and then went back to check off the things I had already accomplished. As a next step Ceniz-Levine recommends tackling some of smaller items which are not too costly in terms of time or money to help you exercise your “passion muscle [feeling] what it’s like to like what [you’re] doing.” By trying lots of things you think you might enjoy, you learn more about yourself and what you actually do enjoy. This reminded me of Gretchen Rubin’s realization in her own self-experimentation – just because something is fun for other people, doesn’t necessarily mean it is fun for me. For example, in her own Happiness Project she acknowledged that although many people enjoy travel and trying new places and foods those were not things that she really liked. And once she realized that, she was able to accept that about herself and move onto other things and activities which she did enjoy. Laura Vanderkam, author of 168 Hours:  You Have More Time Than You Think, argues that “people who get the most out of life spend as much of their time as possible on… core competency activities [thing you do best, and that you are willing to devote enough time and effort toward to make them meaningful], and as little as possible on other things.”

In order to live the fullest life, accomplishing as many of my 100 dreams as possible, I need to accept the way that I am and the fact that there are some things that I do not enjoy rather than trying to force myself to “acquire the taste” so that I have enough time and energy for those things that I truly do appreciate. I need to “Be Miranda.” I don’t really like yoga, but I do really love barre. I don’t really like watching TV, but I do really love to read. I don’t really like listening to music, but I do really like organizing things. I don’t really like pizza, but I do really love this Chimichurri Flank Steak with Crispy Smashed Potatoes. Full of Argentinean flavor and zest, the Chimichurri sauce can be used traditionally to top a steak or other grilled meats or in a variety of different dishes to add a fresh and clean pizazz as a sauce or marinade. I have used it with chicken, burgers, salads, and eggs, all of which were delicious! I made a big batch as part of my #sundaymealprep and am using it to top everything this week. Plus these garlicky smashed potatoes are the perfect accompaniment made only more excellent by the ease in which they prepared and the satisfying crunchy, crispiness. Whole30, Paleo, anything but bland, and easy to make as an interesting weeknight or weekend dinner. 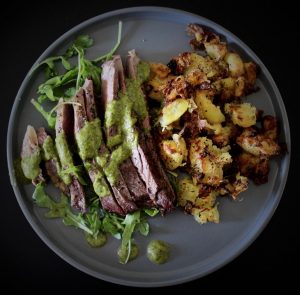 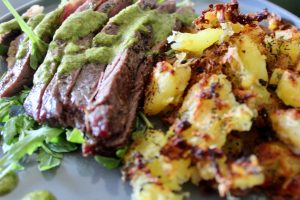 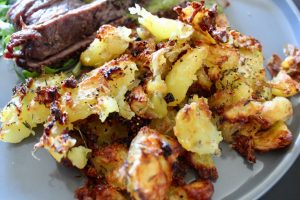 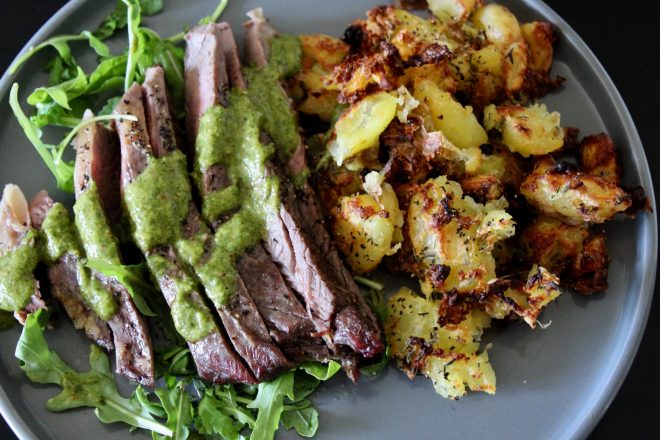 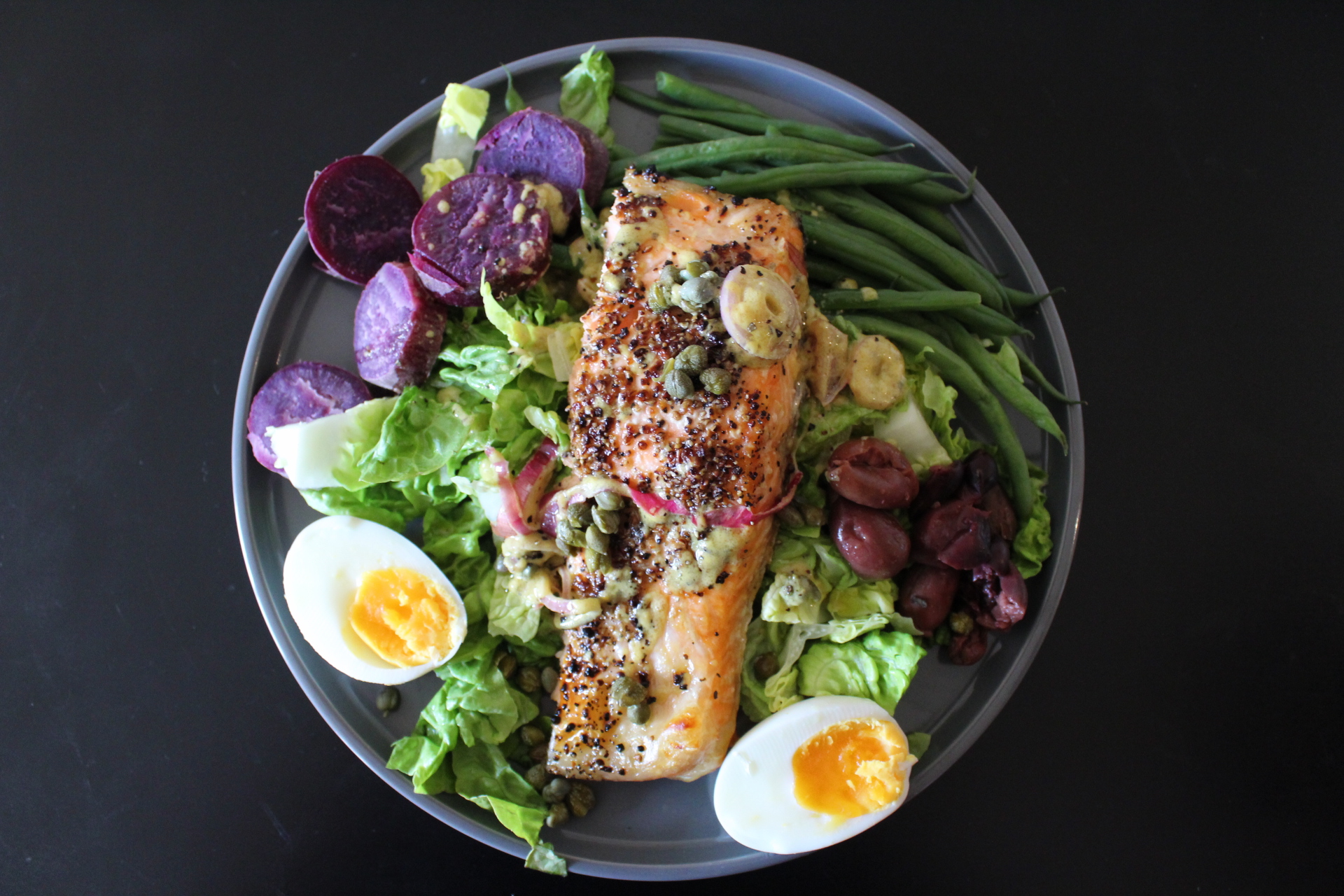 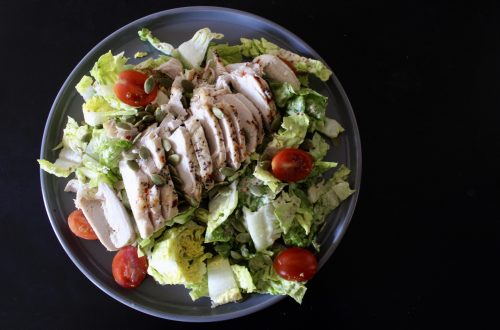 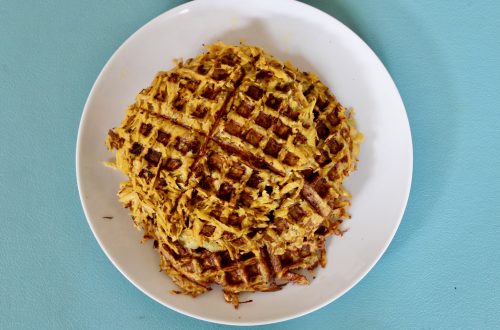