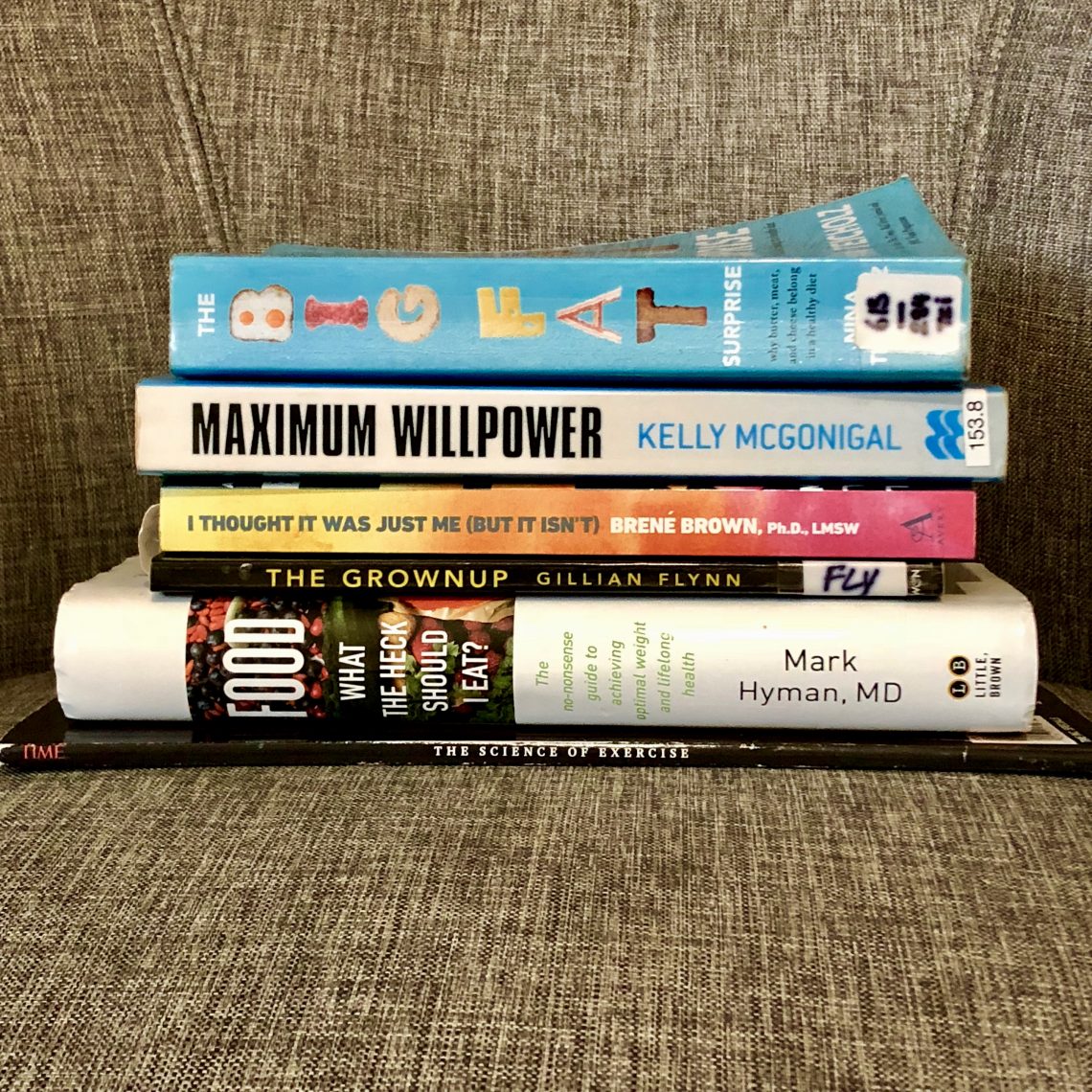 Usually when I’m traveling I find that I often have more opportunity and time to read.  As soon as I board a flight or the train typically I am ready with a book (and yellow highlighter!) in hand and read all throughout the trip unless it’s a really long one or I have some work which needs to be done en route.  However, since this past month and a half has meant so much travel and being on-the-go, much of my reading time has been limited to onlywhile in flight or in the odd “in between times.”  So unfortunately I didn’t have as much time as I would have liked to read (although admittedly I do have a voracious and probably insatiable appetite for books!). But I did make the most of the times that I did have by being prepared!  It’s one of my tricks/tips for anyone who wants to read more – make sure you always have a book on hand.  You never know when you’ll be stuck in a waiting room for longer than expected before an appointment or have pockets of time when you’re between appointments or events.

Here’s what I read throughout the month of August ::

The Big Fat Surprise is a book which I have heard a lot about or seen referenced many times before, but had not yet read and since it’s on the required reading list for the nutritional therapy program I’ll be starting soon, I figured I would get a head start and read it now.  Teicholz is a diligent researcher who describes nutritional science as a whole as subject to falling under the “‘Great Man’ theory of history, whereby strong personalities steer events using their own personal charisma, intelligence, wisdom, or wits.” The book is written in a similar style as some of my favorite nutritional science ones by Gary Taubes with tremendous amounts of research and discussion of the way that the field and its recommendations were influenced by the zeitgeists of science and prevailing paradigms of the time. Unfortunately, nutrition science has long been heavily influenced by selection bias and its leaders becoming overly attached to their own hypotheses and belief systems which influenced the experimental design and the studies which were included or rejected over time, which has led to what many of us would consider tragic results.  The TL; DR:  make sure you incorporate lots of healthy fats into your diet.  Virtually all the research (past and present) demonstrates the need for and benefits of healthy fats for a well functioning body and brain.

I’ve already shared a few posts about some of the interesting things I’ve learned from this one.  As you may be able to ascertain – I love anything habits, resolutions, and goal setting related so this was on my list of ones to read for awhile now. McGonigal of Stanford University is a leading expert on the topic and makes much of her field work and educational program available throughout the book.  She describes in detail the various types of willpower challenges we might try to take on, key challenges we may face, and practical suggestions and exercises for bolstering our self-control.  As I wrote previously, a huge proportion of people consider a lack of willpower to be their biggest downfall when it comes to achieving their goals and sticking with resolutions so it’s a particularly relevant book.  I also loved that her biggest secret to willpower was to increase one’s level of self-knowledge and self-awareness – a common theme to success across a lot of areas. The better we know ourselves, the better we can understand not only where we are likely to go wrong in our resolutions, but also why it matters when we go right and even what “right” is for us as individuals.

This one isn’t actually a book, but it was one that my dad brought for me to read during his recent visit.  It was very interesting and looked at the merits of a variety of different exercises with the overall message being that exercise is a miracle drug and something that we should all prioritize (obviously an argument I support!). It was a good primer on some of the most recent research on the ways that exercise and movement affects us in many ways that we might not expect and the broad view we should take as to what “counts” as exercise.  The bottom line is that it doesn’t have to be anything elaborate, expensive or painful – but we should all work to find a workout that works for us.

I Thought it Was Just Me (But It Isn’t)
Brene Brown, Ph.D., LMSW

This is a book about shame, Brene Brown’s primary area of research which she says usually evokes one of two responses:  “‘I’m not sure what you mean by shame, but I know that I don’t want to talk about it,’ or ‘Oh, shame.  I know it well, but I don’t want to talk about it.'”  She argues that shame is “so powerful that we sometimes feel shame just talking about [it but it’s something] we all experience…it is an absolutely universal emotion [and] the less we understand shame and how it affects our feelings, thoughts and behaviors, the more power it exerts over our lives.”  Her initial research was focused on women and shame (defined as the intensely painful experience of believing we are flawed and therefore unworthy of acceptance and belonging) specifically and she identified twelve areas where we tend to struggle most:  appearance and body image, motherhood, family, parenting, money and work, mental and physical health, sex, aging, religion, being stereotyped and labeled, speaking out, and surviving trauma.  She argues that when we experience shame (versus guilt), it has profound negative impact upon our lives, manifesting itself as addiction, perfectionism, fear, blaming, or disconnection and loneliness.  It was a challenging book to read because I could definitely relate to many of the case studies she described or recognized many of the same patterns in the way that I react and respond to other’s shame.  As a recovering perfectionist, I found this one a hard book to swallow, thought-provoking and emotionally challenging – as is the case with all of Brown’s work.

The Grown Up
Gillian Flynn

Having read (and LOVED) all of Flynn’s novels, I was excited to find this short story in the Cork City Library.  And although most the reviews for it are surprisingly negative given her overall acclaim, I have to say that I vehemently disagree. This is in the classic Gillian Flynn style with a protagonist you can’t necessarily consider a heroine and where there are so many layers, twists and turns that you really never do know how it’ll all come together.  And it seems that the major critique of this one is the fact that the ending is doesn’t quite come together – it ends abruptly and ambiguously with a lot of loose ends which the reader is left to consider.  It’s a quick read but one that I personally spent as much time thinking about after the fact as I did actually reading it.  It was brilliantly written and pretty messed up.

Food:  What the Heck Should I Eat
Mark Hyman, MD

Lent to me by one of my fellow barre addicts, this is a great field manual which consolidates a lot of the most up-to-date nutrition resources and research.  As she said when she handed to me, although the title is a bit sensationalist, the content is actually quite robust and accessible.  Dr. Hyman is a well-respected expert in the field and has written many different books over the years on the topics of health and wellness. In this particular one, Dr. Hyman begins by highlighting the fact that although “science continues to refine and illuminate fundamental principles in good nutrition and we know now more than ever what a good and healthy diet really looks like… the sad truth is that much of what we eat is not really food. At least it has been so adulterated and processed we may as well not call it food.  It is more of a food-like substance.”  Throughout it he thoroughly reviews the good, the bad, and the ugly of all different food groups, intending to address conflicting nutritional information and dogma which is often confusing and offers clear cut recommendations.   It’s a great resource for anyone to get up to speed on the latest on the topic because as he says “food is so much more than just what we eat – it is medicine. It is information. Food literally controls almost every function of your body and mind.  And it connects almost everything that matters in our lives…. Food exists specifically to energize, heal, repair, and uplift us. Every bite you take is a powerful opportunity to create health or promote disease. “

And that’s it!  As always – I love any recommendations that you might have 🙂 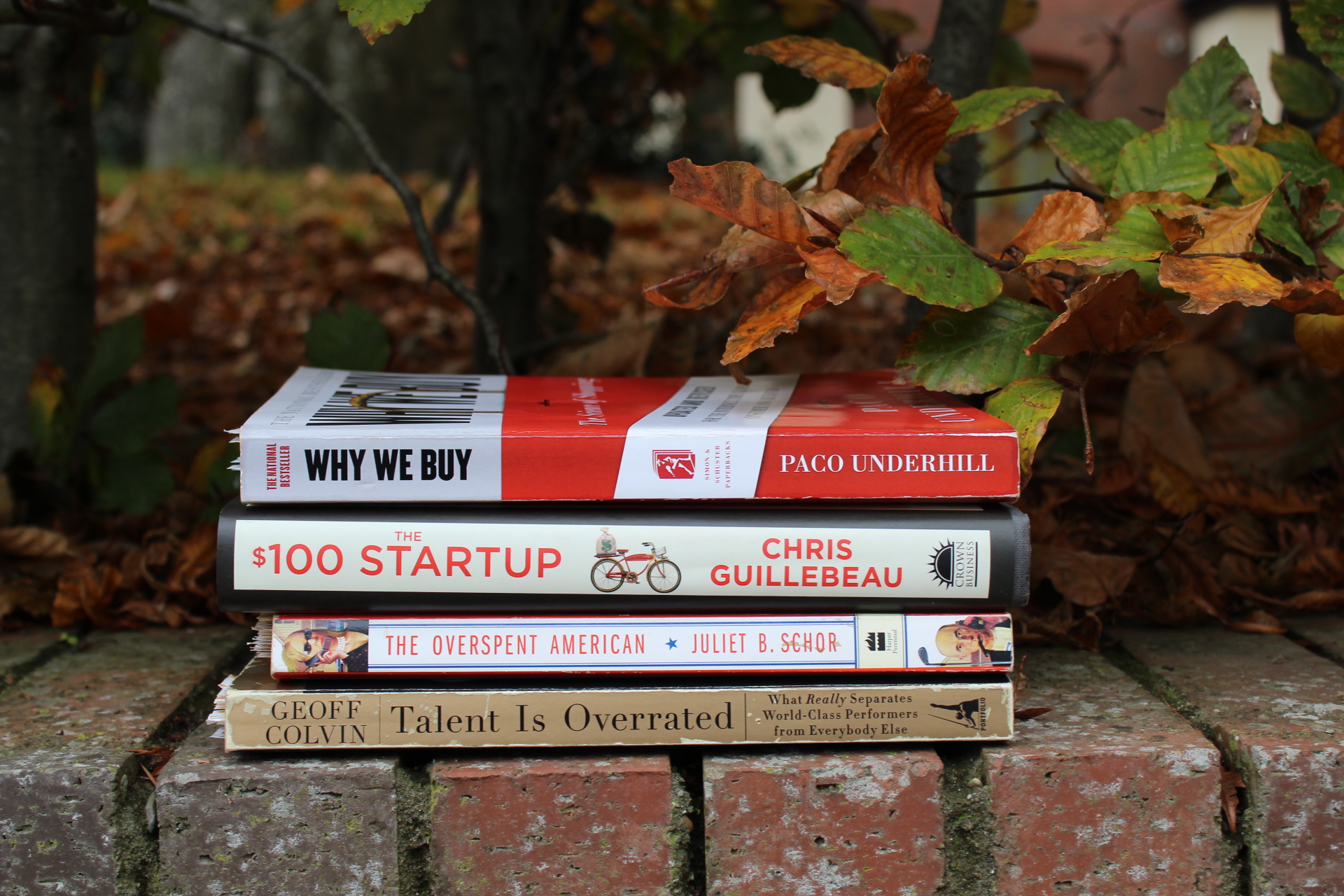 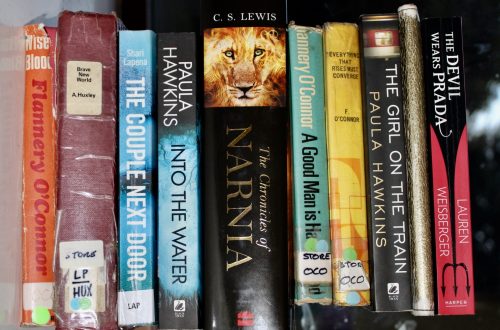 What I Read Last Month :: February and March